They fill the air with the hiss of cicadas on steroids and navigate obstacles at speeds as high as 80 miles per hour. Drone racing is a fast, fun, and competitive new sport. If this recreational phenomenon has not been on your radar, it will likely be in the near future. Racing quadcopters packs the thrill of a white-knuckle challenge minus the danger of life-threatening injuries. 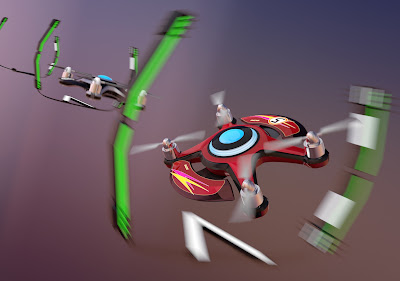 The Buzz About Drones

Multirotor drones, or quadcopters, are the more agile, stable, and easier to fly offspring of radio-controlled aircraft. Starting in about 2013, technology advanced to allow drones to be built smaller and more maneuverable. The first-person view puts you in the cockpit by pairing a video camera and transmitter mounted on the aircraft with a receiver and goggles for the pilot.

If the camera drone is the tortoise, the racing drone is the hare. Camera drones are made to fly low and slow, allowing them to take photographs and videos of scenes that were previously almost impossible to capture. Sensors stabilize the flight and keep the plane balanced to allow for good visuals.

Drone racing began in Australia in 2014. Racing drones are typically customized machines built to be fast enough to beat the competition around a challenging obstacle course. Because they need to be agile, racing machines do not have the same balancing mechanisms as camera drones. They fly in rate mode, which gives them the speed and maneuverability for acrobatic moves but also makes them harder to control and operate. Racing events are held in cities across the United States and around the world.

Getting Into the Game

The thoroughbred quadcopters that win races don’t typically come out of a box. Part of the thrill of being a drone pilot is learning how to tweak and modify your machine to get it to fly better and faster. Mastering all the facts, figures, and skills to modify a drone could keep any techno-nerd happily engaged for a long time.

Those who are new to flying probably will not want to jump in at the executive level. Learning to operate your drone may take some time, and crashes are part of the game. It’s best to start out small with a less expensive machine. After you’ve gained experience, talked with other pilots, and done your research, you should have a better idea of exactly what type of quadcopter you want to fly.

An easy introduction for beginners and the quickest way to jump-start your drone racing hobby is to purchase a kit that comes with almost everything you will need. There are several models available. Beginner packages range in price from about $70 to $250, and intermediate brands start from about $350 and go up to about $500. A top-of-the-line racer can cost as much as $900. You can either buy a model that is ready to fly or you can purchase a kit that you will need to assemble. Some kits come with first-person view goggles. Others do not. The goggles are key to an exciting experience, so it’s probably a good idea to purchase quality. These are the basic components of a racing quad:

·         The frame, made from a material such as carbon fiber and serves as a platform for the other parts

Once you’ve purchased your racing drone, you’ll need to decide whether you want to fly in a casual environment or whether you’re looking to, eventually, join a league. There are meet-up groups and informal gatherings across the country. You can find them by looking at the many online resources. This is a great way to get to know others who share your interest and learn from their expertise. Meet-up groups generally don’t place restrictions on the type of aircraft or equipment that you need to join. Flying either indoors or outside is an option. If there isn’t a group in your area, you might decide to form one of your own. Online forums and communities are also great ways to connect. Getting to know other enthusiasts is an essential aspect of becoming involved in this sport.

Leagues are a more formalized option. The leagues have specific rules and regulations about equipment and races. Flying is done indoors to avoid issues with the weather and ensure that aircraft operate on a level playing field.

Leagues are forming across the country. One of the most prominent is the Drone Racing League, which categorizes itself as both a sporting and media company. You can watch its races on ESPN. The second season began in June 2017. About 28 million viewers watched season one, and the winner walked away with a $100,000 contract. Pilots in the DRL must be top-flight; only 16 were accepted for the 2017 season.

If your skills aren’t ready for prime time, no worries—you can still compete. There are many small leagues and events that welcome amateurs. If you decide to join a league, make sure that your aircraft and equipment meet the group’s specifications.

Drone races rarely last longer than five minutes, and they offer lots of options for competitive spirit and skill-building. These events are a few of the ways you can give your drone racer a workout.

·         Rotocross pits two or more racers against each other to see who reaches the finish line first.

·         Drag racing challenges racers to see who can accelerate the fastest over a distance of approximately 100 yards.

·         Time trials are solo races to see which drone completes the course in the fastest time.

If you’re knee-deep in drone racing culture and ready to build your own racer, what does it take to make a winner?

Winning starts with you. You should master the flying skills to be a terrific pilot. That means practicing flight patterns and navigating obstacles. Reflexes, hand-eye coordination and spatial awareness are other qualities that you can hone to help you become a better flyer. Video gaming draws on all these techniques and is a fun way to become more adept in the physical abilities needed to be a winning racer.

Learning from the professionals can save you time and trial and error. In-person training is available in locations across the United States. You can even get certified as an unmanned vehicle pilot.

Whether you are a newbie or you can’t get outside, purchasing or downloading simulator software is an effective way to train for drone racing. Simulators allow you to practice your technique without the worry or embarrassment of crashing an expensive machine. Your practice routine can’t be interrupted by bad weather. Remember, the simulator should be an adjunct to training, not a crutch.

There is no shame in starting with a beginner model like a micro or nano quad. In fact, that’s the smart thing to do. Nano drones are small enough to fit in your palm. Minis are slightly larger. These small copters fly well indoors, but will probably be difficult to handle outside, particularly in the wind. Nano and mini models also come with features that make them easier to fly. As you gain skills, those functions can be disabled. You can learn the basic maneuvers such as hovering and landing as well as controlling pitch and yaw (aviation terms that refer to the plane’s rotation around an axis) successfully on a nano or mini drone.

As mentioned earlier, the mechanics are as much a part of drone racing as piloting. When you understand how a quadcopter works, you can be better prepared to turn yours into a strong competitor. Assembling a kit on your own is a good way to begin. As you gain experience, you become knowledgeable enough to select the separate components that create a vehicle that meets your flight specifications.

You might think that speed is the primary ingredient for a winning quadcopter, and of course, it’s important. Racers can achieve speeds of about 80 miles per hour, but maneuverability, which includes response time, stability, and lift power, is really what puts your aircraft at the front of the pack. The flight control software, motors, ESCs, and props are parts that impact maneuverability, so learn as much as you can about these components and seek out the highest quality for a winning craft. A high-end FPV system not only puts you at the center of the action but also allows for better control of your vehicle.

As in most sports, a theoretical understanding of what makes your equipment work can increase your proficiency and enjoyment. In other words, the more you understand why your drone can fly, the better racer you can be. It’s always exciting to be in on the ground floor of a breakthrough movement. Drone racing is a wave that is about to crest. Get on board now and enjoy the ride into an unlimited future.

If you are a drone enthusiast, then you may be looking for ways to make the activity more exciting than simply hovering your device around the park. To meet this demand and to use drones to their fullest potential, several drone racing leagues have popped up all over the world in recent years. Rotorcross was the first professional league to form, and it was based out of New Zealand and Australia. The sport is relatively straightforward. Competitors race their devices through a course, which may be filled with obstacles, and try to be the first to cross the finish line. Operators see what is going on throughout the course with the aid of a camera strapped to the drone itself. Therefore, people see what the drone “sees.” Different Leagues There are several different leagues involved with competitive drone racing. Arguably the most famous is the Drone Racing League. However, other popular organizations include: ·          MultiGP ·          X Class Drone Racing ·          Eu
Read more

5 Ways Drones Are Changing the Landscape of the Future 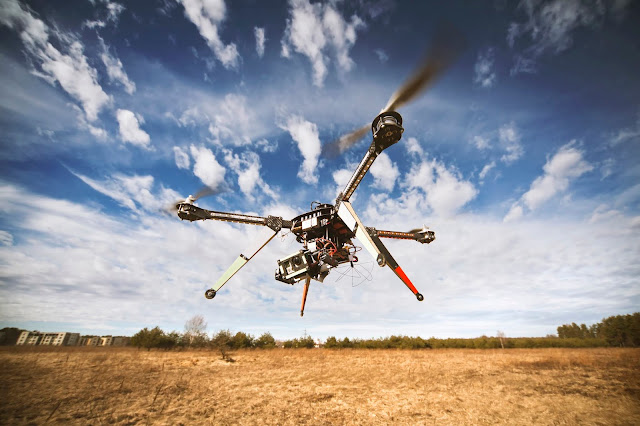 You may have seen the drones flying around Lady Gaga during her 2017 Super Bowl halftime performance, or you may have heard about Amazon using them to deliver packages on the same day that they are ordered. However, you may not fully understand what they are or how they might affect your future. In essence, a drone is an unmanned aerial vehicle. Despite popular belief, a UAV does not have to be small, like a remote plane; rather, it can be any size. Think of blimps and robot planes, each of which can be controlled via remote or autonomously. Though unmanned aerial vehicles are just recently gaining attention, UAVs are nothing new — at least, not the concept of them. If you have ever been in a hobby shop, visited a park on a beautiful sunny day, or had an uncle who was into building model planes or helicopters, then you’ve likely seen an unmanned aircraft in action. The reason they’re gaining so much attention now, however, is because of the many ways in which they are changing the wo
Read more